Stony Hill Gardens opened in 1988 with an original emphasis in cut orchid flowers. Since then we have grown and expanded our operations in so many ways, offering not only cut flowers but a generous collection of flowers and herbs as well as an extensive vegetable and fruit operation. Our Gardens location grew to include our Farm Market location, which boasts a Maze Fun Park and 10-acre giant corn maze every fall, with other fun attractions throughout the year. Along with our Sunflower Festival, Jersey Fresh vegetables and fruit, we offer pick-your-own strawberries, apples, and pumpkins and sell pre-cut Christmas trees, wreaths, and roping at the end of the season.

Our story began when Carol’s parents bought the 40 acres where Stony Hill Gardens is currently located. Carol had a great passion for farming and animal husbandry; eventually attending Delaware Valley College for Animal Husbandry where she met Dale in her sophomore year.

Dale grew up in Illinois and always had a passion for cut flowers and a love for agriculture. His family moved to Princeton, NJ, where he too eventually attended Delaware Valley College while working at Starkes, and received his bachelor’s degree in Ornamental Horticulture in 1980.

Married in May of 1980, Dale and Carol decided to open their own greenhouse business, with Carol taking two semesters of floral design at Mercer County Community College and making wedding arrangements in the basement of their home. Through Dale’s previous job connections at Starkes, an orchid wholesaler in Pennsylvania, they were able to receive three of their greenhouses when the business ended up closing their doors and transported them to Chester, NJ.

We are proud to be members of the following:

We are the Davis family, your local farm family. Carol and Dale Davis III and their three children: Dale Davis IV, Brandt Davis, and Kaitlyn Davis. Stony Hill Gardens and Farm Market is truly a family run operation and we strive to provide you with friendly, excellent service to you and your family.

The patriarch and our orchid expert, his orchids have received numerous awards from the North Jersey Orchid Society, Deep Cut Orchid Show, and the Greater New York Orchid Show as well as being recognized as an Outstanding Conservation Farmer for Accomplishment in the Conservation of Soil, Water, and Related Resources. He oversees most of the general farm operations and you can find him at some of our farmers market locations around NJ!

The matriarch and proprietor of Stony Hill, Carol helps to oversee the greenhouse and field production and attends our farmers markets on the road. Carol is also an involved grandmother to four grandchildren!

First born child, Dale is now a fulltime employee at Stony Hill. Dale graduated from Delaware Valley College in 2006 with a degree in Horticulture and is now the Field Productions Manager for Stony Hill Gardens and Farm Market. Dale married Dana in 2008 and welcomed their first son in 2014. Dale is a member of the Morris County Board of Agriculture, New Jersey Horticulture Society, and the New Jersey Vegetable Growers Association.

The second born child, Brandt graduated from Delaware Valley College in 2010 with a degree in Agribusiness and welcomed a daughter in 2013. He now works full time on the farm as our Markets Manager and Assistant Production Manager. You may recognize him as he is at many of our farmers markets located throughout Jersey City and Hoboken. Brandt is a member and current President of the Morris County Board of Agriculture.

Kaitlyn is the youngest child of Dale and Carol. She graduated in 2013 from Centenary College with a degree in Business Management and Marketing. Our “jack of all trades,” Kaitlyn dabbles in many areas of the farm as our Greenhouse Manager, Assistant Field Productions Manager, and Assistant Markets Manager. She even does Marketing work and coordinates bakery operations.

Dana graduated from Delaware Valley College in 2006 with a degree in Agronomy and Environmental Science. She currently runs our Farm Market location and manages our Maze and School Tour operations. Dana married Dale IV in 2008 and welcomed a son in 2014, a daughter in 2016, and a daughter in 2020.

Carole is our overall “plant person.” She is a certified Rutgers Master Gardener in Hunterdon County and provides her expertise at Stony Hill Gardens by answering any plant and insect questions, whether by phone or in person. If you have a question, ask Carole!

Joan is our Floral Shop Manager at Stony Hill Gardens and brings many years of experience to our operation. Her flawless, unique works of art can be made for you and your family and can cater to any occasion.

Sarah began working at Stony Hill Farms in 2011. She graduated in 2017 from Rider University with a dual degree in Business Administration and Environmental Science. Behind the scenes, Sarah is our Compliance Manager for federal regulations, Data Processor for farm operations, and Design Coordinator; however, during the growing season she can be found at all our farmers market locations throughout Jersey City.

We are certified NJDA Organic

Stony Hill is farming for the future 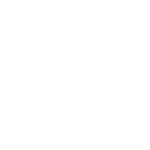 Don’t miss updates about upcoming events and specials at Stony Hill! Sign up below: